The AV10 is a versatile airship with a 10-ton payload capacity and capabilities for first-class passenger flights. This advanced airship it’s a significant improvement over current airship designs, with powerful engines and advanced control systems to enable it to carry a heavier payload and operate at higher speeds.

The high-risk engineering and testing have been completed and this aircraft is ready to build.

The AV10’s modular gondola design would allow for flexibility in the layout and configuration of the passenger and cargo areas. The gondola is designed to accommodate first-class passenger accommodations, with luxurious seating and amenities such as private suites, fine dining options, and onboard entertainment.

In addition to passenger flights, the AV10 is used for cargo operations. Its 10-ton payload capacity allows the transport of a significant amount of cargo, making it well-suited for a variety of shipping and transportation needs not satisfied today in the logistics field.

Overall, the AV10 is a truly impressive and versatile piece of technology, capable of providing a unique and luxurious travel experience while also serving as a unique tool for cargo operations providing a more efficient and flexible way to transport goods and materials to remote and difficult-to-access locations. 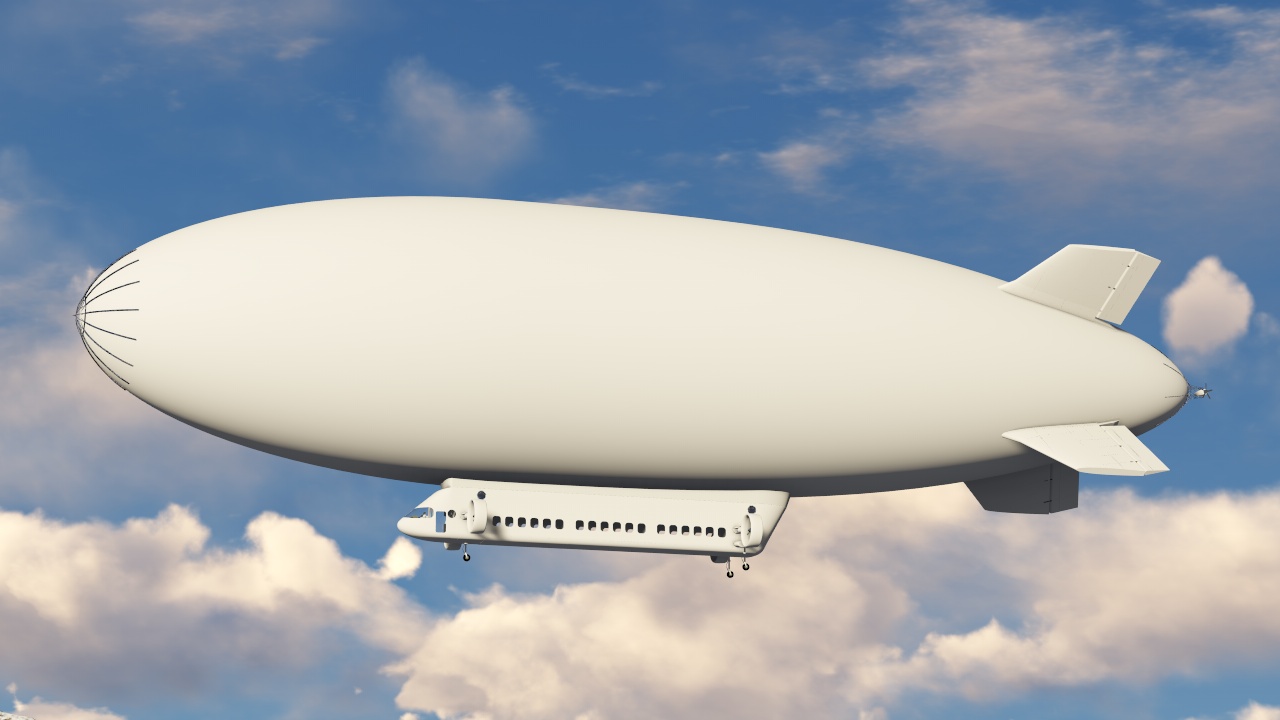 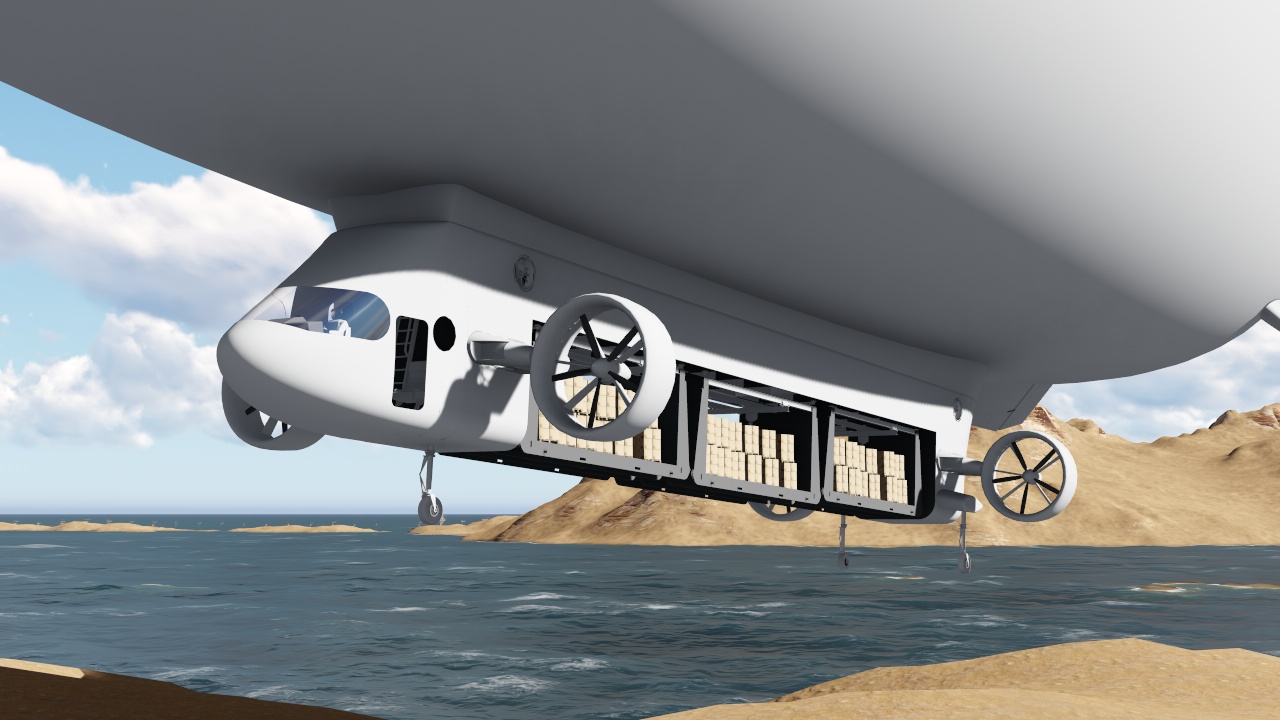 Designed for remote cargo operations, with a 10-ton payload capacity and advanced control systems to enable it to operate efficiently and safely in difficult-to-access locations. 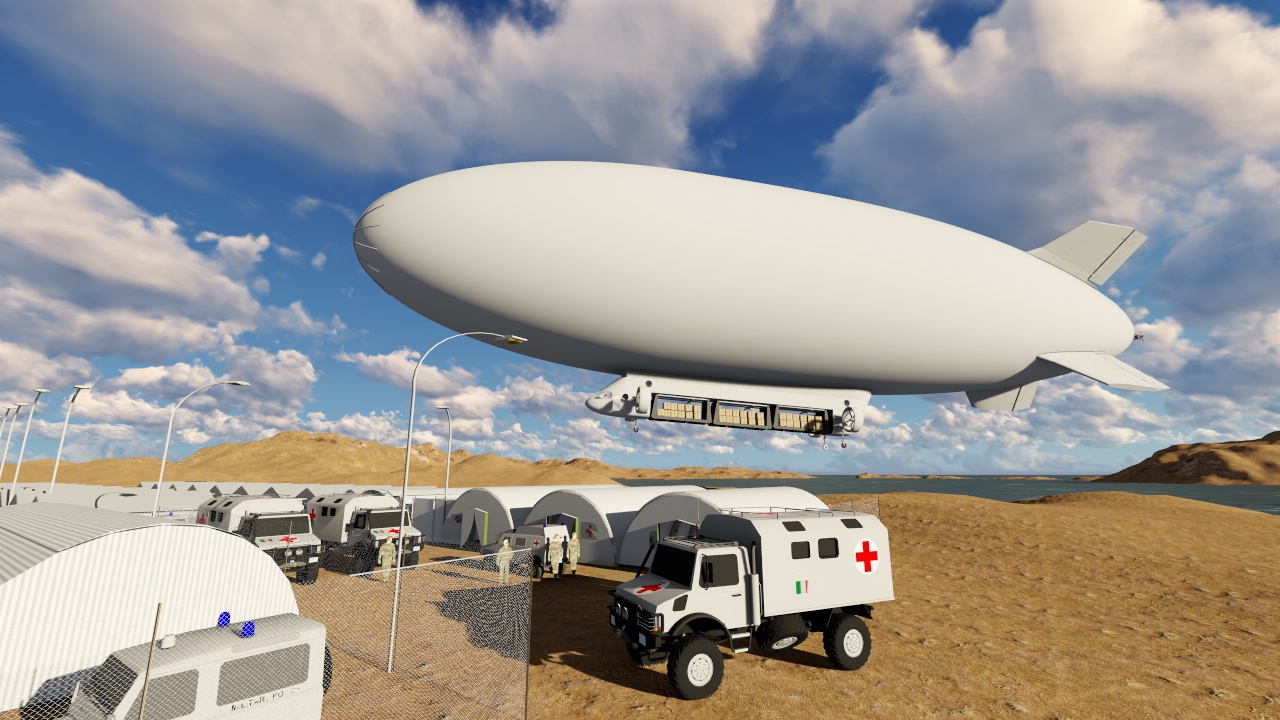 Designed to carry humanitarian relief to remote and disaster-stricken areas 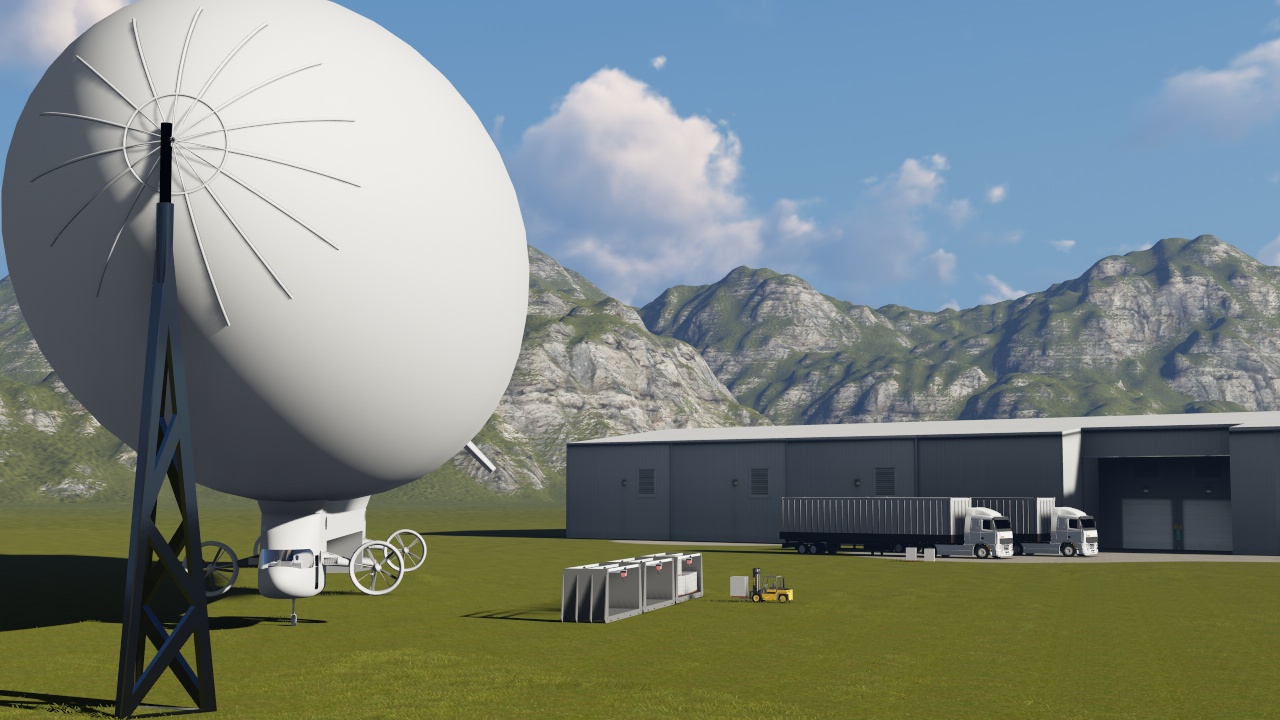 With a 10-ton payload capacity and advanced control systems to enable it to operate efficiently and safely in difficult-to-access areas.

The large payload capacities of AV-10 and more powerful engines allow them to carry and operate full containers for use in remote or difficult-to-access locations. This improves the efficiency and speed of container shipping operations, as AV-10 would be able to move quickly and easily between different locations without infrastructure.

The deployment of single pallets with a crane allows for operating more quickly and accurately without infrastructure, giving AV-10 a logistic advantage in remote locations.

The use of an automatic landing system in the AV10 potentially improves the safety and efficiency of airship operations, eliminating the ground crew and providing a level of automation and control in landing and take-off operations

The use of hybrid engines and diesel engines with biofuel on AV10 reduces the carbon footprint of the airship compared to traditional planes powered by internal combustion engines. Hybrid engines, which combine an electric motor with a traditional internal combustion engine, are more efficient and produce fewer emissions than traditional engines. Biofuels, such as biodiesel, are also cleaner and more environmentally friendly than fossil fuels, as they are made from renewable sources.

The use of hybrid engines and biofuels on the AV10 would have a number of benefits for the environment. Hybrid engines produce fewer emissions of pollutants such as carbon dioxide, nitrogen oxides, and particulate matter, which contribute to air pollution and climate change. Biofuels also produce fewer emissions than fossil fuels, and their production typically generates fewer greenhouse gases. This makes the AV10 an appealing alternative to traditional aircraft for passenger and cargo transportation, particularly in environmentally sensitive areas such as national parks or wildlife preserves.

Overall, the use of hybrid engines and biofuels on the AV10 would be a significant step forward in reducing the airship’s carbon footprint. This would make the AV10 a more environmentally friendly option for passenger and cargo transportation, leading the way to a fully green transport solution.